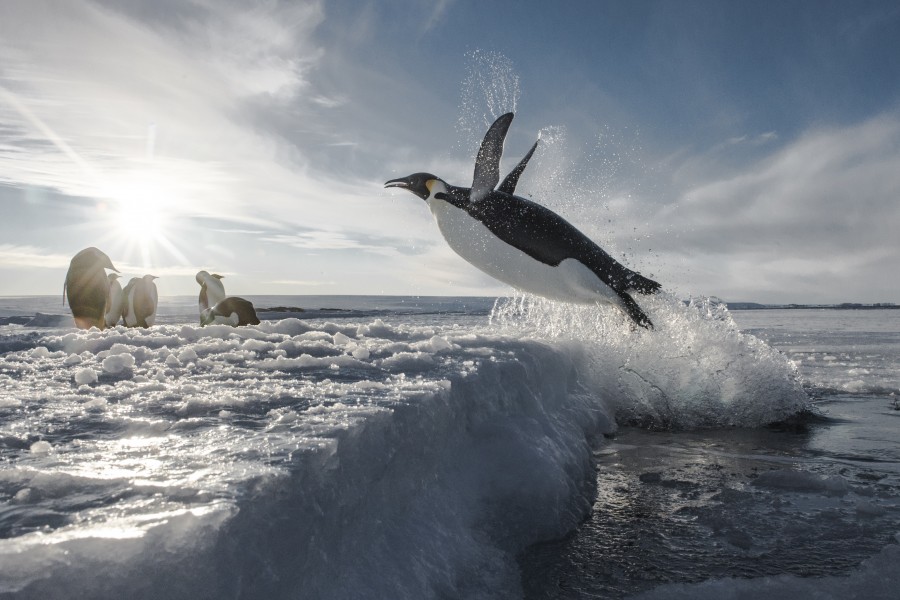 The Antarctic, due to its inaccessibility, is one of the rare zones on the planet that has been preserved from human footprint, and only a few scientific scholars and explorers have adventured onto these lands where there are neither indigenous inhabitants, citizens, nor armed forces.

After his Oscar-winning documentary March of the Penguins, Luc Jacquet heads back to the colonies of emperor penguins and the lands he left behind 10 years before, this time in the company of a new and talented team. Artists in the South Pole, that’s the challenge of this new extreme expedition, focussed on this ecosystem and these fast changing landscapes. Accessing this exceptional place and understanding the challenges linked to its preservation is difficult to imagine from the comfort of our modern world.

There is also the “Antarctica” exhibition. Photographic and cinematographic artists, in particular Vincent Munier (photographer of wide open spaces and extreme traveller) and Laurent Ballesta (diver and deep see nature photographer) are going to try to reduce the 16 000 km that separate us from these grandiose blue and white lands.

As of Tuesday 26 April, at the Musée des Confluences in Lyon, you can visit the exhibition, discover the artists’ exceptional images from the heart of the Antarctic and have a very cooling experience, thanks to the exhibition’s immersive mechanism!