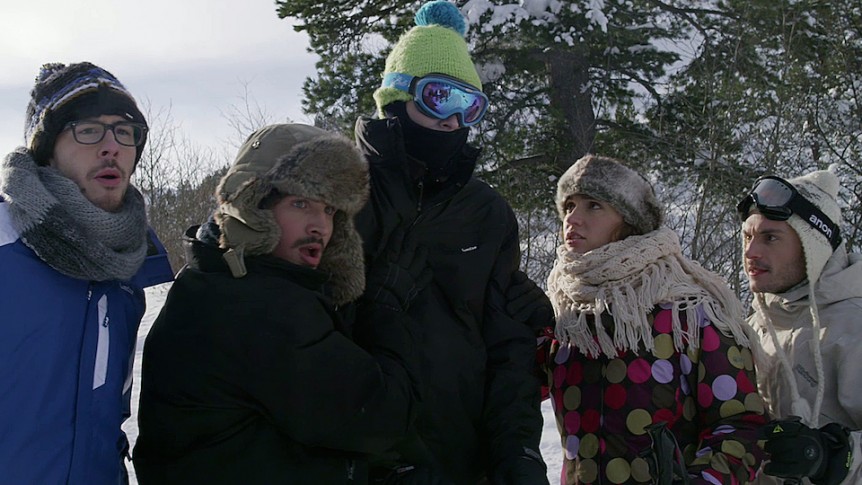 The Web 2.0 comes to the cinema. La Ferme Jérôme, Natoo, Maxime Musqua and Kemar all come together in a zany short.

During a weekend in the mountains, Jérôme, Maxime and Kemar accidentally kill a holidaymaker. Overcome by panic, they decide to keep him with them during their break and pass him off as alive. Natoo, who has accompanied them, doesn’t notice anything. But very quickly, things go terribly wrong …