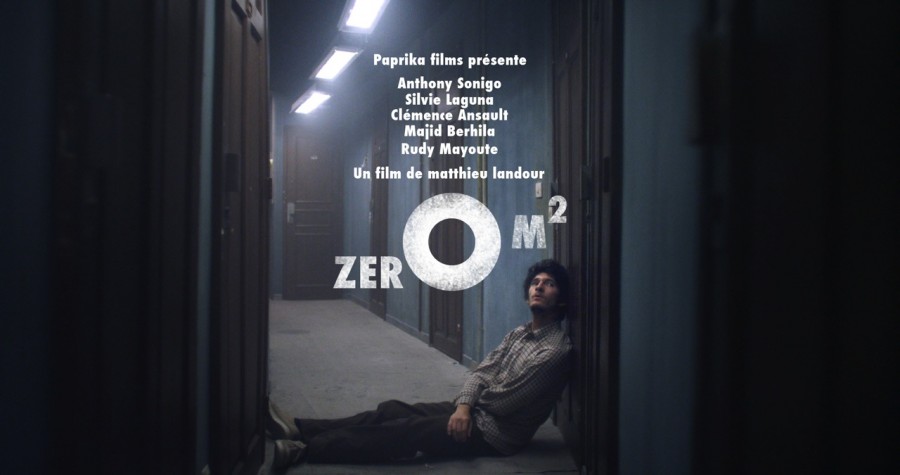 Paul, epitome of the young man who comes up to Paris, is looking for an apartment. It’s not easy when you don’t earn much, have parents who are not subject to wealth tax and that you don’t want to live in an insalubrious cellar or a broom cupboard… Suddenly, lady luck comes his way in the form of a nicely sized, bright and inexpensive apartment. How lucky to meet such a friendly, well-meaning landlord! Paul, happy, settles into his new home. But, something’s not quite right… there are strange mechanical noises in the night, a pair of boxer shorts he finds under a wall, a neighbour who comes into his flat through the window…! As incredible as it may seem, he’s going to have to face up to facts: the apartment is shrinking!!
Year of production :
2014
Format : Short film – 18′
Director : Matthieu LANDOUR
Scenario : Matthieu LANDOUR & Nicolas BOVORASMY
With Anthony SONIGO, Clémence ANSAULT, Silvie LAGUNA, Majid BERHILA & Rudy MAYOUTE
Sales : Salaud Morisset
Broadcast : Canal+

Laureate of the Beaumarchais Foundation: Funding from the Procirep, Angoa and the Mairie de Paris