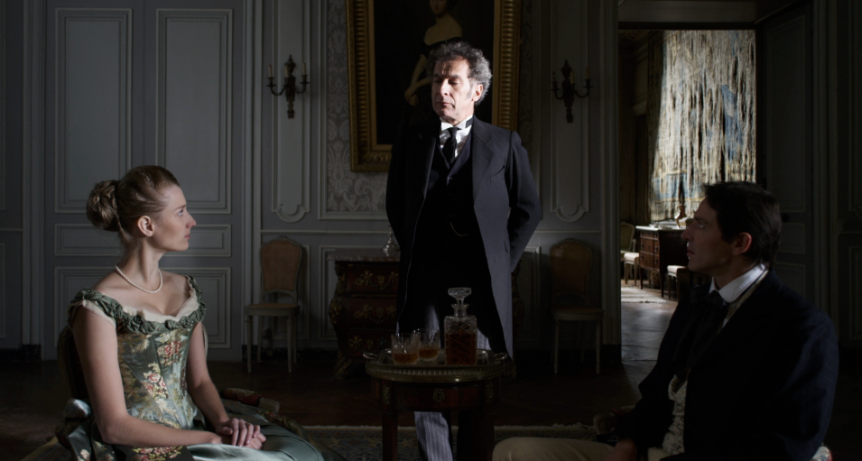 In a castle in the Loire Valley in the middle of the 19th Century, a strange role play unfolds. A woman, a man and a butler seem to endlessly repeat a cycle of scenes where each in turn becomes the other. We try to understand the game rules of this strange ballet.